“Area 51” is called so and known for its horrifying and disturbing stories but, are those stories true? You’ll get to know here…

Actually, its actual name (given by the government) is Nevada Test and Training Range and it is situated in Nevada, U.S.
It is very mysterious and many people had reported the existence of extraterrestrial living being there or in short “Aliens”.
Many areas are established during the World War II in order to test the nuclear weapons and to manufacture new and advanced weapons for the mankind but “Area 51” is marked as one of the most mysterious and horrifying place by the people and also paranormal investigators.
It is shortly called NTTR.
The present NTTR area and the former areas have been used for gunnery, testing of nuclear weapons, bombing and testing of the flights of aircrafts.
It is owned by the Department of Defense and was established on 29 Sept, 1940.
Also, many people had claimed the existence of aliens and other extra-advanced researches are going on in “Area 51”.
Many people came out of the public and claimed that they were the former workers/employees who worked there and had witnessed those researches and had contacted with the living beings living other than earth also.

But, ……no one proved it, no one.
Once, a person displayed photographs of the activities that were going on there and of distinguished beings too, but some believed them while some do not.
The government had also been saying since the time of chaos that there is nothing special in “Area 51”, it is only the military point.
But, many people, still today, don’t believe in the words of the government and claims that some extra-advanced activities are going on there.
But, how true it is, no one knows! 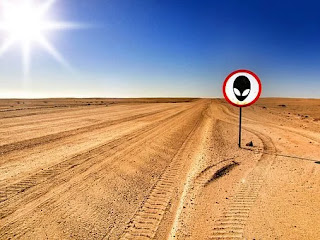 And, there is a heap of restrictions in “Area 51”. Some of them are:-
So, isn’t it strange? There are not so much restrictions in the entire U.S. than here. This also supports the idea of extra-advanced activities going on in.
But, I don’t say that the stories are true, no one knows the reality except the government and military.
Even, some people has claimed that the outer picture of “Area 51” is the ‘Tip of the Iceberg’, the actual activities are going on underground.
Umm… just like in Avengers..?
The people who admit that extra-terrestrial beings are preset there includes Bob Lazar who claims that he is a former worker in the S4 department of the “Area 51” where the aircrafts used by aliens are studied and their mechanism is observed.
According to him, they studied about how the spacecraft of aliens works. He claims that he himself studied about a spacecraft and performed experiments on that. 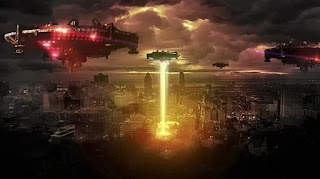 Actually, there is no confirmed information about the “Area 51”, only there is ‘hypothesis’ about that.
The restrictions that are imposed there also support the words of the people like Bob Lazar and many more, but no one knows about the actual reality.
Even, once, a former-worker of “Area 51” also published a photo of alien and claimed that experiments are done on that living being in “Area 51”.
And the most shocking truth is that – that photo was real, that was not photoshoped or edited… OMG.
Some people also claims that the main base for the research on the extra-terrestrial living beings is done in the “Area 52” and claims that “Area 51” is only a misconception to concentrate attention of public. But the conclusion is: – 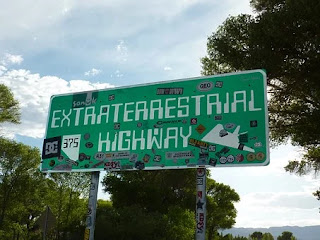 When it comes to Greek gods and goddesses, who don’t know the name of Athena? Athena is a Greek goddess of wisdom, law and justice, strategic warfare, strength, strategy, and courage. She is widely known for her strategic warfare more than anything else and is also called as the patron goddess of heroic endeavours. Read…

As we all know that the Corona Virus is spreading from China to all over the world leading to death of people in masses. The WHO has also imposed Global Medical Emergency due to the death of over 300 people in China due to the Corona Virus. Also, Corona can spread even through air. That’s…

What if US and Iran starts WWIII? Some days before, America carried out and airstrike at Iran which killed one of the Iran’s biggest army commanders Qasim Sulemani and other personnels of high ranks. From that day onwards the fear of WWIII spread all over the world. All the people started predicting the outcomes of…

You have heard of numerous facts which seem too interesting and extra-ordinary but today, I am going to tell you about 30+ Amazing, Extra-ordinary and fascinating facts which will blow your mind up and will leave you amazed. After knowing these facts, you will be fascinated too much and will surely read other facts too….

We use the word ‘Bye’ several times a day when we leave someone. Everyone says ‘bye’ when leaving someone without any hesitation and uses it confidently. But, do you know what the meaning of ‘Bye’ is? What is its full form? When it was first used and more about the history of ‘Bye’? I…