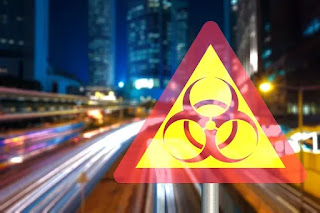 As we all know that the Corona Virus is spreading from China to all over the world leading to death of people in masses. The WHO has also imposed Global Medical Emergency due to the death of over 300 people in China due to the Corona Virus. Also, Corona can spread even through air. That’s why it has already reached in every province of China, United States and some other countries as well.
Although, there are a handful of cases in US, UK, Russia and some other countries but the number can rise periodically high at any point of time if dealt with negligence. So, let’s take a look on the causes of Corona Virus.

A coronavirus is a group of several viruses that causes infection   in your nose, throat or mouth. Although it is a group of viruses, but every virus is not harmful. In the group, only 2-3 of the viruses are severely dangerous.

These were first identified in 1960s. Coronavirus spreads like any other bacteria of common cold or flu. These are air-borne as well as transmitted through articles, water, food and touch too. Their place of origination is not known.

Latest updates states that on December 31 last year, China reported WHO about several cases of pneumonia in Wuhang, a sub-district in China. The name of the infection was unknown.
On January 5, after some research, a number of health experts concluded that this is nothing but SARS (Severe Acute Respiratory Syndrome) which previously targeted China in 2002-2003.
On January 7, the officials declared that this is a profoundly new virus which they named 2019-nCOV and was identified as belonging to the coronavirus family which also included SARS (Severe Acute Respiratory Syndrome), common cold etc.
On January 11, China declared the first death caused by this virus. A 61 year old man died in this who bough sea-food from a near-by market. 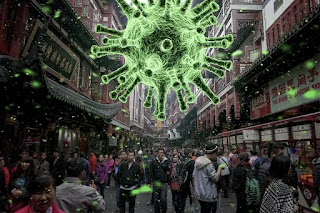 On January 13, WHO declared first case of coronavirus other than in China i.e. in Thailand.
On January 20, China reported 3 deaths and 300 people already infected and admitted in the capital (Beijing), and some other neighboring provinces.
It was January 22, when the deaths approached 16 with more than 550 infected people. There started the thermal checking at many airports of Europe, India, US and UK.
Also, the airline and railway departures were suspended on January 23. WHO said that there is no evidence of this disease that it is spreading by air. And, the number of infected people was also small.
In Hubei and 5 other neighboring provinces, the travelling mediums were suspended affecting more than 50 million people residing in these places.
Meanwhile, the Lunar New Year celebrations were canceled and travelling was restricted to the mainland in China in Hong Kong.
On January 30, WHO announced a global medical emergency as the death toll approached 170 with more than 1700 cases confirmed which affected 31 provinces of China.

Russia, UK, and Sweden confirmed their first cases on January 31. And the cases rose to 9,809 in China.
The first death outside China was reported on February 2 in Philippines with more than 14,000 infections reported in China alone.
On February 4, the number of deaths rose to 427  with first death in Hong Kong. The cases of infection approached 20,500 in the Chines mainland.
Moreover, Belgium also reported it’s first case of Coronavirus !!

Coronavirus is as ordinary as common cold. If you have corona, you can’t even identify it because its symptoms are likely to be matched with Common Cold, Sore Throat, or any infection in upper throat.
You can also visit the nearby doctors or any hospital to take part in some lab tests if you are too worried about it. Then, it may be disclosed whether you have corona or not. I will strongly suggest visiting hospitals even if you have common cold (these days).
If corona spreads in your body, it can even lead to your death at the same standing point.

What We Shall Do ?

Absolutely, there is no vaccine for coronavirus. You can’t be pre-protected from this disease. But, there are some precautions which you can accept in order to be safe from coronavirus. Some of them are –
·   Stop eating non-veg until the virus disappears.
·   Wash your hands thoroughly every time you touch something unfamiliar.

·    Stay away from the people who are affected with this virus.
·    Keep your hands away from sensitive parts like eyes, nose and mouth.
·    Do not travel to the severely affected countries like China.
·    If you are a resident of the affected countries, don’t travel to any place other than your home.
·    While being out of your home, wear a clean mask in order to stay safe from the virus.
The world has already witnessed several types of viruses came up in existence and killing people in masses. Some of them were SARS (Severe Acute Respiratory Syndrome), MERS (Middle-East Respiratory Syndrome) and Smallpox.

The causes of outbreak of Coronavirus in China are not clear. Even the government has not announced that how this virus came in China. But, the people are sharing different types of opinions based on the outbreak. Some of them are –
·
This Virus came up in existence due to excessive intake of non-veg food. It is stated that this virus was present in a fish which was later cooked and eaten by one of the Chinese. Then, the spread of corona started.
·
One more claim states that this virus has spread due to the mistake of scientists who was observing it in a bio-lab. Due to their mis-handling, the virus escaped the laboratory and spread in China.
Instead of taking interests in the starting of corona, governments and people must think about the ways for stopping coronavirus to spread because if corona spread worldwide, then it may swallow up thousands of people.
More than 400 people have already died in the center of corona outbreak i.e. Wuhan in China. 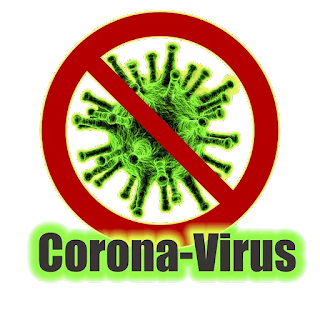 Also a death has been reported in Philippines due to coronavirus. This is the first death outside China due to this deadly virus. Day-by-day, the severity of this virus is increasing and people are losing their and their dear one’s lives.

Moreover, a case has also been reported in India (in Kerala). It is the only case that appeared in India and the patient has been shifted to an isolated ward and given adequate amount of treatment per day.
Also, coming ahead, the infection is starting in India as 3-4 cases of coronavirus are already confirmed and the patients were isolated in order to keep rest of the citizens safe.
This was all about the Coronavirus. If you want to know more about it, we will probably answer your request with a new article based on what you want to know. Comment now in the comment section below and stay tuned for regular updates.
SHARING IS CARING
Also read –
Meaning of saying “BYE”
Amazing facts about Space
Positive and Negative effects of Video Games

When it comes to Greek gods and goddesses, who don’t know the name of Athena? Athena is a Greek goddess of wisdom, law and justice, strategic warfare, strength, strategy, and courage. She is widely known for her strategic warfare more than anything else and is also called as the patron goddess of heroic endeavours. Read…

“Area 51” is called so and known for its horrifying and disturbing stories but, are those stories true? You’ll get to know here…       Actually, its actual name (given by the government) is Nevada Test and Training Range and it is situated in Nevada, U.S. It is very mysterious and many people had…

We use the word ‘Bye’ several times a day when we leave someone. Everyone says ‘bye’ when leaving someone without any hesitation and uses it confidently. But, do you know what the meaning of ‘Bye’ is? What is its full form? When it was first used and more about the history of ‘Bye’? I…

What if US and Iran starts WWIII? Some days before, America carried out and airstrike at Iran which killed one of the Iran’s biggest army commanders Qasim Sulemani and other personnels of high ranks. From that day onwards the fear of WWIII spread all over the world. All the people started predicting the outcomes of…

You have heard of numerous facts which seem too interesting and extra-ordinary but today, I am going to tell you about 30+ Amazing, Extra-ordinary and fascinating facts which will blow your mind up and will leave you amazed. After knowing these facts, you will be fascinated too much and will surely read other facts too….